The Next Logical Step


It's been almost a week since I ventured into ultra territory at the NJ Trail Series Ultra Festival. Race directors Rick and Jen McNulty did another AWESOME job providing one of the best trail race experiences in the state.

So what was it that inspired me to sign up for this nutty thing that I have finished? Hmmm....Maybe it was those overly-chipper-hyper-energetic runner types who asked "So are you doing the 50k next year?" as if that were the next logical step after having done a few marathons. "Um, yeah, I guess?" Because WHY would I want to repeat doing wimpy marathons?

Actually, the distance had dangled like a piece of toffee nut crunch before my sweets-deprived eyes. "C'mon, it's only 5 more miles. You can do it." So like a trusting fool I listened to the crazies in my brain and signed up, albeit late, for my first ultra. I knew exactly what the course would be. I knew what other crazy people would be there. I knew that I could coax my mom into venturing out into the cold of Northern Jersey to do what she does best (and that is to be the BEST, SUPPORTIVE MOMMY IN THE WORLD).  Now that I'm done sounding like a five-year old, I'll take you, willing reader and future ultra-marathoner, through the course.

The great thing about doing a loop course is that you can take the race loop by loop, 5, 10, or even 15 miles at at time, so the thought of running 31 miles is tolerable for at least the first few minutes. The terrible thing about a loop course is that it's comprised of loops that you have to do over and over and over again.  This particular course is a combination of out and back, lollipop, and amoeba-like configurations.

The course takes you around the Sussex County Fairgrounds, home of the NJ State Fair. For those of you who don't currently reside in or know anything about New Jersey, this is NOT the home of any of those whiny characters from that horrid reality show depicting the shenanigans of a couple of stupid twenty-somethings wasting the prime of their lives. But I digress...
After your first mile on pavement (for the 50Kers), you do another loop around the Fairgrounds. And then you descend onto the trail, an old rail-trail/gas-line/ATVers paradise kind of racket. It's an ungroomed, bumpy, snowy, muddy, sometimes rocky, other times downright soaking, flat dirt trail traversed by a couple of roads on which drivers of trucks and large SUVs flew by or stopped and stared curiously at the dirty, haggard figures crossing the road at various speeds. There were dips and ridges, a downed tree or two and a gate at the first turn-around point that you were instructed to "High-Five".  There were rotted-out bridges, roosters, dogs barking, hunters' rifles shootin', and the lovely aid station with SOUP?!?!? at the far turn-around point. And there was wind. And flurries. And mud. Lots of shoe-sucking, toenail-bed dirtying mud.


The first out and back was deceptively easy. Sure it was flat, and sure it was just over a mile out. But the constant dread of the longer out and back undermined any awesome feeling I might have had high-fiving the gate at the first turn around. This part was also parallel at times to part of the pavement loop which came before the trail, so you could conceivably feel sorry for the folks who had not yet descended onto the slightly more foot-friendly trail.

Let's talk a little about the second out and back, but more importantly the turn-around point and how friggin' far it was from the rest of the world. Well, four miles from the finish isn't exactly an ultra (no pun intended, wink wink) but it is one, especially when you've been running and walking and crawling and tripping for what seems like hours. In my case it was hours. Those last miles were endless, what with those silent, light-footed Navy guys in their yellow Navy singlets, giving you that serious Navy encouragement and trained Navy eye-contact (which you try to avoid, because that Navy intensity bores through you and reads your non-Navy self-doubting mind), and then leaving you in their Navy-dust. Not intimidating at all.

At the end of the second out and back you reach a hill, back onto the pavement around the fairgrounds. Any other run or race, I would cringe at the thought of a god-damned hill after running 10 or 20 or almost 30 miles. This hill felt good. I guess when you change muscle groups after continuously and relentlessly abusing other muscle groups, the body and mind are intensely grateful.


Some new things I learned out on the trail this day: 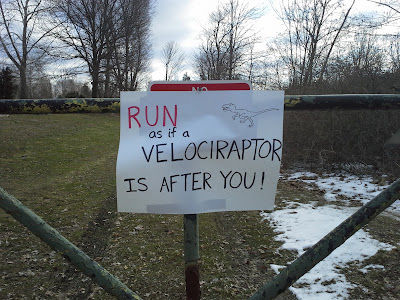 It took me almost 10 hours to complete this task. I had been hoping for a time under 9 hours, but I will give myself a break since this was my first. Hey, I finished! A few years back, the idea of running more than a half was scary and unimaginable. Now I have been afflicted by the disease that everybody else out there on the trails has. I'll take it.